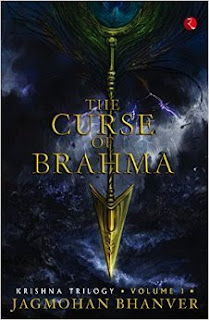 The man who became a Brahmarishi...
The curse that banished him to the hell of hells...
And the revenge that threatens to destroy the three worlds...

When Lord Brahma, the God of Creation, banishes his star pupil from Swarglok in a fit of rage, he does not foresee that his decision will alter the fate of the three worlds. Mortally wounded, and anguished at Brahma's unfair punishment, his pupil struggles to survive in Tamastamah Prabha, the hell of hells. In time, he becomes the Dark Lord, the most feared figure in Pataal Lok, who swears to destroy Brahma.

The power of the Dark Lord soon begins to make its presence felt in the mortal world. Vasudev, the brave prince of Bateshwar, becomes the hunter of Asura assassins; his closest friend, Kansa, almost dies while trying to save his sister from a group of deadly monsters; and the most valiant kings in Mrityulok turn over to the dark side, driven by forces beyond their control.

Only one person threatens the Dark Lord's well-laid plans - Devki, the beautiful princess of Madhuvan, who is destined to give birth to the warrior Krishna.

Will the Dark Lord allow Krishna - the person who has been prophesied to destroy him - to be born?


Goodreads I Amazon I Flipkart

We’ve all heard this theory endless times, that one act of kindness can make a man happy who will in turn set upon a chain of kind acts, creating a domino effect and making the world a more bearable place to live in for those people directly and indirectly affected by it.

The Krishna Challenge has its genesis in this very theory, however, this time, the challenge urges people to act on it and spread the word about it, which will motivate people to act out of the purity of their hearts, to make life better for people, without expecting anything in return. The second part of the challenge urges the participants to tag or nominate people to take part, which will increasing the circle of influence and encourage people to bring joy, warmth, relief in the life of those they come in contact with, thereby enhancing the quality of life in their eco system.

This challenge is more relevant today, more than ever, as we wake up to news of lynching, bombing and killings on an everyday basis and another world war seems to be dawning on us. The idea of the challenge is to not sit back waiting for the world to fix itself, but to proactively participate in fixing every small and big thing, within our power.

Author Jagmohan Bhanver best describes this challenge as a social consciousness effort, which aims to drive change in society and heighten people’s awareness towards their responsibility as citizens.

You may wonder why such a challenge is named after Krishna.

Krishna is considered synonymous to the one who intervenes when there is an excess of misery, turmoil and wickedness in society.

So come be a part of the challenge and help us make the world a better place.


Here is what you need to do, if you want to become a part of the challenge:

2. Tag 3 people you want to be a part of the challenge.

3. Follow up and understand the impact your network of kindness  is having upon the world around you. 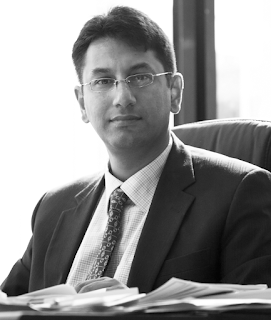 Jagmohan’s first book (self help genre) titled "Get Happy Now" was on the best selling lists of most countries and on the Top ten list of leading bookstores in India. His second book, titled "Think your way to Millions" which is on the subject of Behavioral Finance was nominated for the best non-fiction award by Hutch-Crossword in India. This is one of the few books on behavioral finance. His third book was titled “Nadella – The Changing Face of Microsoft.” This book was published by Hachette, the largest publishers in the world. Jagmohan’s latest book is part of a three-volume trilogy on Krishna and is considered as the most awaited book in 2015. It is titled, “The Curse of Brahma.”